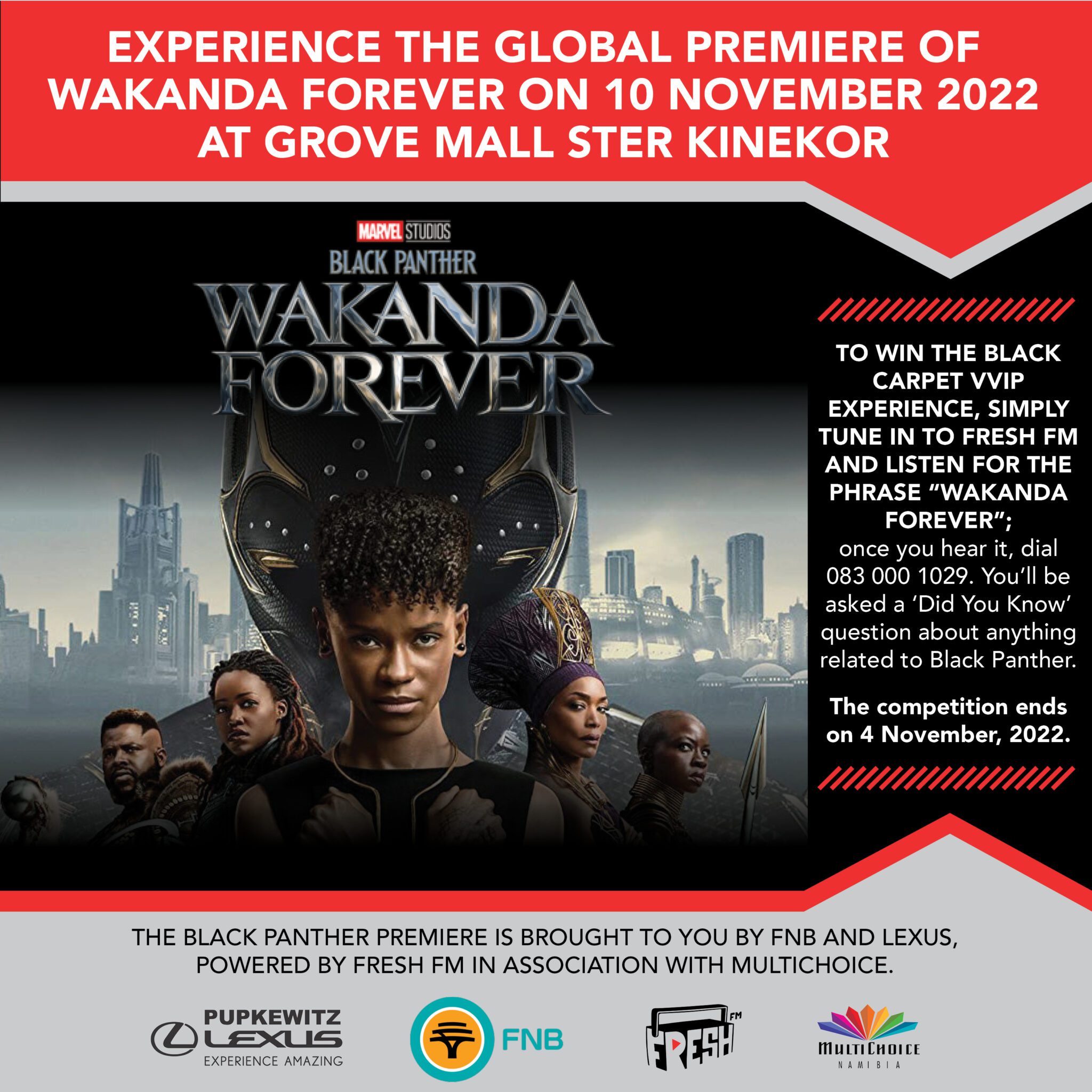 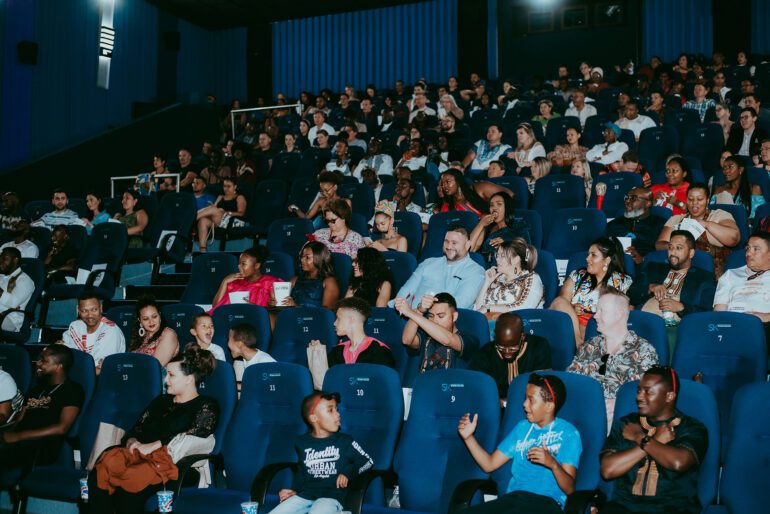 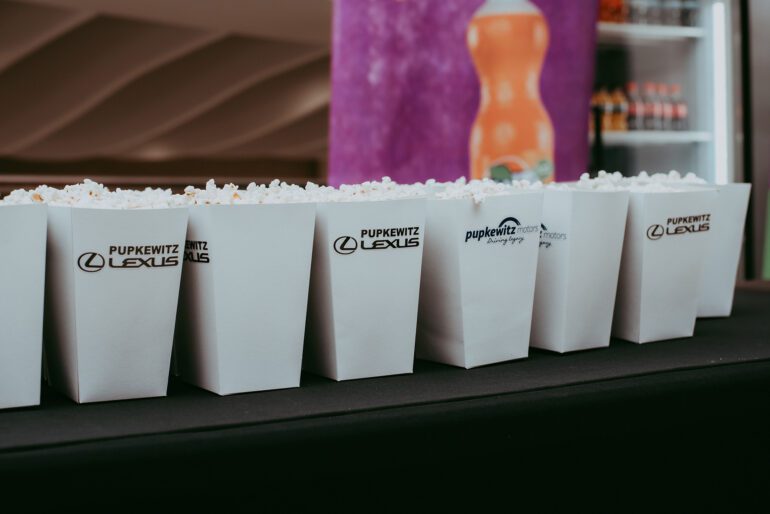 The night was filled with so much excitement and anticipation of the Black Panther sequel which explores the world of Wakanda and the rich characters introduced in the first film. For most people who saw the first movie and was touched by the movie and its representation of black people and with the passing of the actual Black Panther, Chad Boseman, who passed away in August 2020, after battling colon cancer, they were eager to see how his legacy would be honoured more than anything.

Fresh Breakfast gave away a VVIP ticket that catered to a listener and their plus one to be picked up from home, chauffeured to Grove Mall and then safely driven back home in the comfort of the Lexus NX hybrid by Burton Van Rooi and Shai_Quan. Burton was a great host and ensured Albert Cotzee and his lovely girlfriend received VVIP treatment. They received refreshments of their choice and cruised smoothly to Grove Mall with great conversation.

All shows on Fresh FM were giving away double tickets to the premiere but there is a winner that stood out with an emotional and heartwarming story on Fresh Lunch with Delila on a loss that his family suffered when his cousin lost one of his sons in a car accident and he enquired if he can give the double ticket to the two brothers remaining. Delila invited Brain Titus on air to further share his story. He was then surprised with two extra tickets so that he could go to the Premiere with his wife and take his cousin’s two boys along to the movie. Delila had another trick up her sleeve and surprised him with VVIP experience where they would be picked up and chauffeured to the premiere courtesy of Lexus. The emotions in the studio and on air were so raw and pure, it left everyone feeling warm and fuzzy.

And to show how selfless Brain is, he gave up the two tickets meant for his wife and him to his cousin and his wife so they could experience it all together as a family. They were picked up by Olivia Gentz from Lexus in a Lexus IS hybrid. Safe to say they truly had a VVIP treatment.

Before the showing of the much-anticipated premiere, Jane K from Fresh Lounge hosted the Premiere and one thing this Herero Queen knows how to do is hype anything up with so much poise. 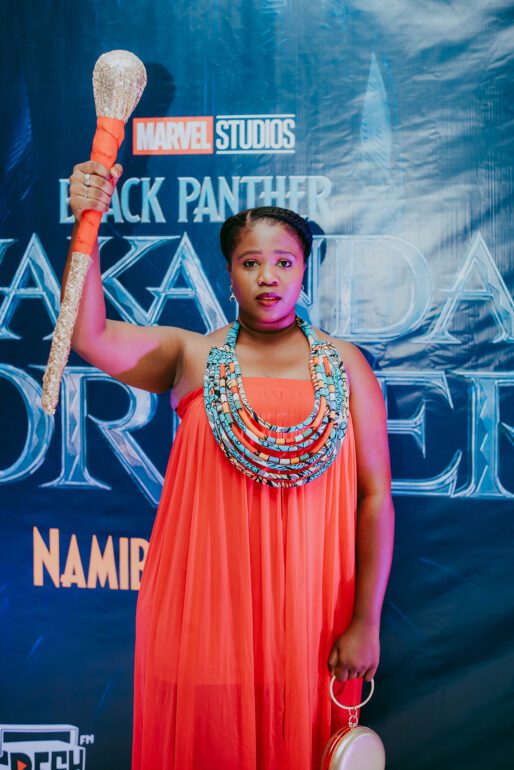 Veruzhka De La Harpe, the Head of Marketing and Communications from Pupkewitz Lexus, came bearing some great news: Pupkewitz Lexus, celebrated a deserving Queen as their Brand Ambassador, Dr Esperance Luvindao at the GLOBAL exclusive premiere and in her own words “I don’t represent a car. I represent a brand! LUXURY!” We are excited to see what these two powerful brands create together.

The Multichoice Namibia Managing Director, Roger Gertze announced the premiere of the highly anticipated historical series SHAKA ILEMBE scheduled to air on MultiChoice platforms in 2023. “As Africa’s most loved storyteller, our aim at MultiChoice Namibia is to provide Namibian consumers with the best international and African content”, he said. He also expressed excitement for the FIFA World Cup which will be exclusively broadcasted by DSTV.

As a black woman, Black Panther remains a reminder of Africa’s heritage, and it’s Black Kings and Queens. The film gives the African diaspora a global point of pride. As a Marvel movie, it was also required viewing for millions across the world; as such, I saw a shift almost immediately in how the world saw my people.

This sequel maintains the same tone and style as the first movie. It was evident that the director did a fantastic job at balancing dramatic moments with light-hearted moments that worked well together. Each scene captivated the audience with its attention to detail and exciting action scenes. Everyone involved with this film did a superb job celebrating Chad Boseman’s legacy.

It’s safe to say that the Marvel Studios adventure “Black Panther: Wakanda Forever” is one of the BIGGEST sequels of all time as it sold over $330 million (N$ 5.67 billion) in tickets worldwide over its opening weekend.

We are grateful to our partners, FNB Namibia, Lexus (Pupkewitz Motors) and FNB Namibia, Multichoice Namibia for making this historic night one to remember.

View the full gallery of the event here: https://freshfm.com.na/galleries/nggallery/fresh-fm-album/black-panther-wakanda-forever-premiere-namibia-2022 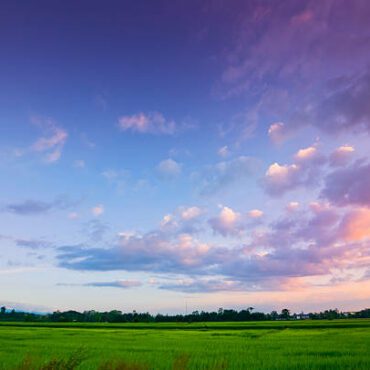 There are some seasons that I have been through that I never wanted to end. The season where I was reminded that the world can be a beautiful place filled with beautiful people. I would like to believe that certain people come into your life for merely a season; because it has become your turn to receive, grow, learn or even share. They bring you an experience of immense peace […] 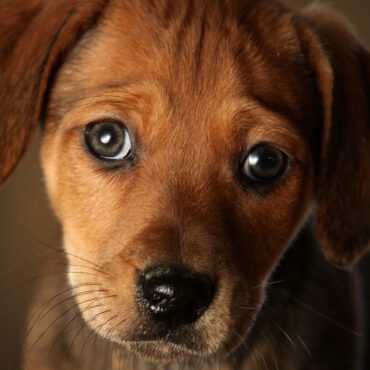 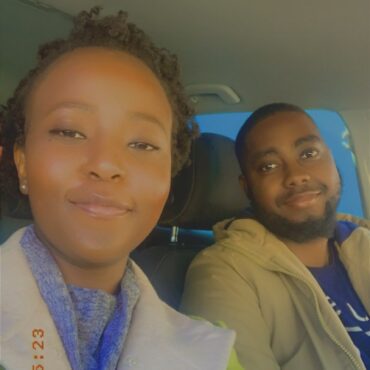